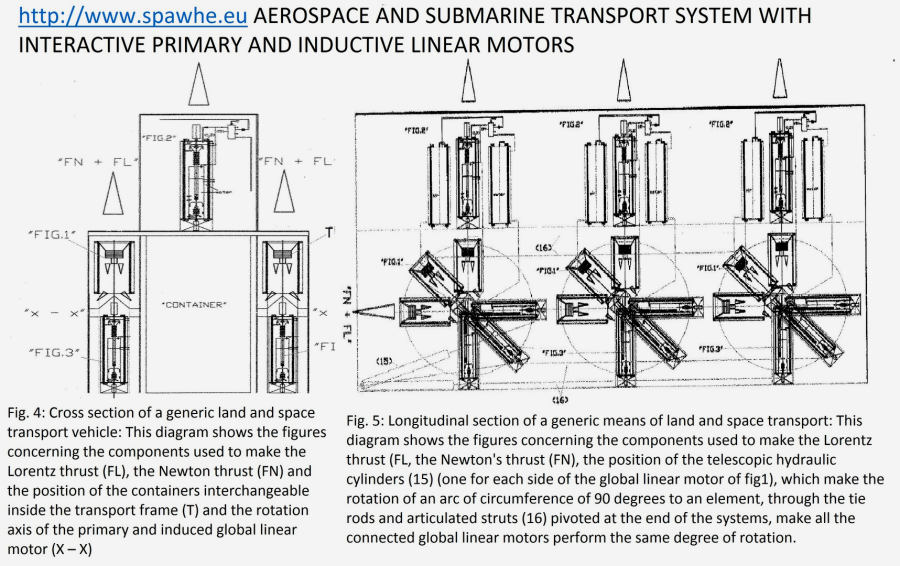 Second open letter to Bill Gates, twenty-ninth to the International Court of Justice and to the United Nations, fifth to the European Council, yet another to the Italian government.

I am back to a famous and hopefully non-prophetic interview by Bill Gates of five years ago, in which he stated “An unknown virus will kill us”. In order for this interview not to be prophetic, successful inventors, such as Bill Gates, and those who have not been successful, like myself, need to lend a hand to science, which is not very creative. Bill Gates honors his decision to leave Microsoft to devote himself full time to the philanthropic activities he carries out through the “Bill & Melinda Gates Foundation”. Ma io spero che il successo non gli abbia fatto perdere la creatività di inventore. If he has lost creativity, he must find it again because it is not just a matter of charity or research of vaccines. It is a question of global and impartial sustainable development, which cannot be achieved with the current centers of power that manipulate the sciences and technologies at their convenience, hiding those uncomfortable for their interests. Only covid-19 was able to momentarily block these centers of power. Unfortunately, also making many innocent victims. In my previous article entitled “WE WILL NOT FREE FROM CORONAVIRUSES WITHOUT CREATING A TRUE SUSTAINABLE DEVELOPMENT MODEL” I wrote a short paragraph that anticipates the topic of this: “I would like to know how covid-19 would react, every time it would go through small pressurized autoclaves to a bars (750.95 mm Hg) which would replace the left and right ventricles of the old men of the future (including myself, already seventy-one) and immediately after passing through the mini turbines that lower the pressure to normal values for human activities (120 – 180 mm Hg) to supply the systemic or pulmonary circuit. Probably, the old people will not need lung ventilation, they will have no heart attacks and there will never be oxygen from the brain. They will continue to protect their children and grandchildren, as they have always done. Don’t be a burden on the society of the future. It will only be a question of spare parts, but without altering human DNA. “In this paragraph, I wanted to anticipate this article which incorporates one of my most important inventions. It doesn’t matter if none of my inventions have been funded. There is time to fix it. Viruses in the future will have to back off especially in the face of older people who are the most defenseless today. Then it will be seen if even the youngest will want to improve their defenses, relying on interactive energy, which is the true miraculous energy, of which the “artificial heart oxygenator of the blood autonomously energetically” is the miniaturized expression, specially designed for defense and the lengthening of human life. In the description of the original patent filing, I was especially concerned with defending man from heart attacks and brain death by sending oxygen to the brain in any situation of danger to human life. Like everyone else, I was taken by surprise by this virus which affects all social strata, especially preferring older people. I asked myself: how is it possible that viruses, devoid of intelligence, can steal man in many different ways. Viruses do not have metabolic activities, they are parasites. Their growth activities take place using human metabolism. Doesn’t an organ exist in the human body that does not metabolize parasites but recognizes them as impurities by oxidizing them, until they are consumed? I thought that this function that nature did not foresee, could play the artificial heart oxygenator of the blood, where, sooner or later, all the blood molecules must pass, as they pass through the natural heart. In water purification systems, BOD (need for dissolved oxygen) represents the degree of water pollution. Oxygen-saturated fresh water cannot contain impurities, including viruses. If we saturate the human blood with oxygen, not in the whole body, but only in the mini pressurized autoclaves that will replace the ventricles, it will not the momentary saturation of oxygen at a higher pressure sufficient to destroy the viruses that are impurities? I think yes. It depends on the time of contact of the virus with oxygen. I think this time will be long enough because in the artificial heart the blood molecules that will enter the mini autoclaves that will replace the atria and ventricles, will not come out immediately. They will be replaced by already purified blood which will have had plenty of time to saturate with oxygen. In fact, these are the molecules expelled from the principle of impenetrability of bodies (in a given closed volume, two volumes of incompressible liquid with different pressures cannot coexist). Therefore, the pressurized blood will feed the two mini turbines to keep the internal pressure of the autoclaves constant. This purified blood will be sent to the pressure of the human body (120 – 180 mm Hg) at the exit of the mini turbines towards the systemic and pulmonary circuit, while in the meantime the second supply of the pumps introduces other blood to be purified into the pressurized recycling circuit of the autoclaves. This means that the oxidation process of the single blood molecule is slowed down by the volume of the mini autoclave and enhanced by the pressure that we will use, it being understood that before and after the artificial heart oxygenator of human blood will not be affected by the effects of the increased pressure, which will be concentrated only in mini autoclaves.

We must ask ourselves together how can this invention be considered “perpetual motion” from a technical and scientific point of view? I have explained in dozens of patent and publication filings that world science has mistaken the fundamental applications of the principles of energy, but even if I was wrong, at least, this very small system could be powered from the outside with two little batteries to be sure that do not run out simultaneously. How many viruses could we defeat and how many lives could we stretch with this heart anyway feed it? But as we try it, it would also be easy to ascertain if the pump we use to lower blood pressure, used as a turbine, cannot produce energy, definitively eliminating the batteries and debunking forever, the myth of perpetual motion, even in the largest systems.

Where do we want the world power centers that seem to be amateurs in jeopardy that have not produced any world plant that closes all the cycles it opens? Who can we trust? To whom can we entrust our children and grandchildren before dying needlessly while we continue to live and take still good for many years, if we knew how to choose their science, design, politics and the global justice?

These are the answers that politicians and judges should give us, after consulting not with individual scientists, but with multi-disciplinary scientific commissions independent of the centers of power. If those who rule the world fail to do this, we reduce the costs of politics and justice. We entrust governments, ministries and justice to well-programmed computers. These will not be able to avoid responding to independent inventors who propose alternative solutions to the choices that the centers of power make. Anyone who has not committed the crime of omission against sustainable inventions proposed by independent inventors in open letters, which for the undersigned, today, are the only democratic tool that we have available, throw on the web the answers they sent, at least to demonstrate that we live in a real, not apparent democracy. The crime of omission is the daily bread of all world public bodies. Who authorized it? The mandate of world voters does not automatically confer scientific skills on the environment, energy and public health. Global warming and the proliferation of viruses show that governments of the past century have not governed well. Therefore, governments must not only respond to voters but also to those who scientifically oppose their solutions, not in words but with alternative projects. This opposition can do it even one person because the ideas and projects, not political opinions, which are only words, must be compared. However, if the people are not interested in the ideas and plans of the inventors of the people, they will continue to have only the words and plans of the rich who have brought them to the present state.